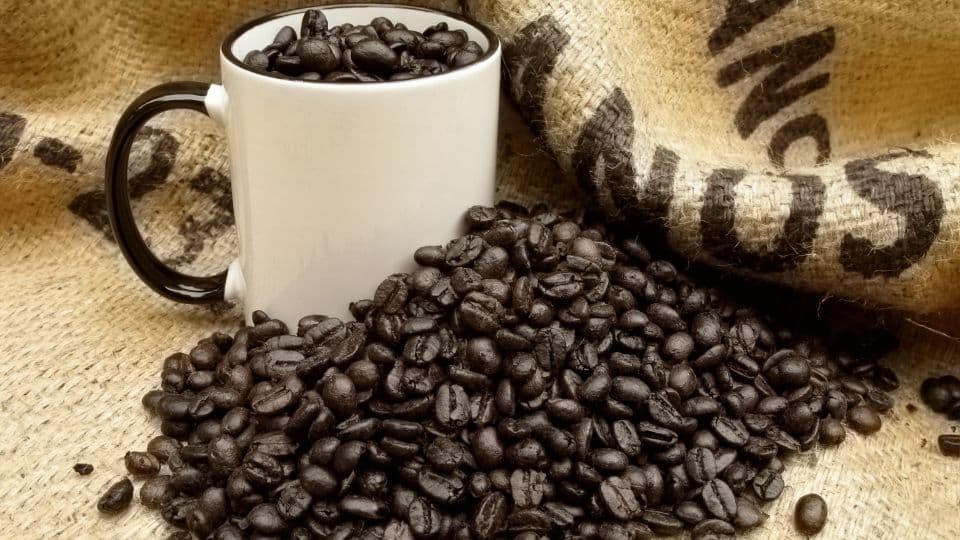 Can you eat coffee beans? The answer is yes, but it is worth considering the various types of beans available before doing so. It is also important to be aware of the potential effects of caffeine if consuming coffee beans in large quantities.

They are typically roasted before being consumed, as this helps to improve their flavor and aroma. When eaten whole, coffee beans have a crunchy texture and a nutty, earthy taste. They can be enjoyed on their own as a snack or used as a topping for desserts and other dishes.

How to Eat Coffee Beans?

Eating coffee beans on a regular basis is not generally recommended, but some people, such as coffee roasters, may occasionally chew on a bean to better understand its flavor.

Artisanal shops may also sell chocolate-covered coffee beans as a treat, particularly around the holiday season. These beans can also be used as toppings for desserts or ice cream. It is important to be mindful of the caffeine content of coffee beans when consuming them.

Coffee beans are the seeds of the coffee plant, which is a type of fruit similar to a cherry. They are found inside the fruit, called a coffee cherry, and are surrounded by a thin layer of fibers or mucilage.

When the beans are removed from the fruit and roasted, they develop the flavors and aromas that are characteristic of coffee. However, when eaten raw, coffee beans do not have much flavor and may taste somewhat bland.

On the other hand, coffee cherries, the fruit that surrounds the beans, can have a sweet taste due to the fleshy layer surrounding them. This layer, called the mesocarp, is edible and contains sugars and other compounds that contribute to the overall flavor of the cherry.

Some people may enjoy eating coffee cherries for their sweet taste, although they are not as commonly consumed as the roasted beans.

Can you eat roasted coffee beans?

During the production process, coffee beans are transformed from raw, green beans into the familiar roasted beans that are commonly used to make coffee. These roasted beans are often sold in supermarkets and used by baristas in coffee shops.

While they are not typically eaten on their own, some coffee roasters and home baristas may taste test roast beans to evaluate their flavor and aroma. Roasting coffee beans brings out their unique flavors and aromas, and is an important step in the production of the finished product.

Can you eat raw coffee beans?

Green coffee beans are the unroasted version of the beans that are used to make coffee. They have not yet been subjected to the roasting process, which helps to develop their flavor and aroma.

Green coffee beans are tough and resilient, and can be shipped and stored easily after being properly dried. They do not have much flavor when eaten raw, and have a woody texture that may be unpleasant to some people.

Green coffee beans are often used as commodities, which means they are bought and sold as a raw material rather than a finished product. They are traded in large quantities and are used in the production of various products, such as coffee and other food and beverage items.

It is generally not recommended to eat green coffee beans, as they do not have much flavor and may be unpleasant in taste and texture.

There is some evidence to suggest that caffeine, a stimulant found in coffee beans and other products, may have a positive effect on weight loss.

Caffeine has been shown to increase metabolism, which is the process by which the body converts food into energy. This can help the body burn calories more efficiently and potentially lead to weight loss.

Caffeine may also boost exercise performance by increasing endurance and reducing fatigue, which may help people to exercise for longer periods of time and potentially burn more calories. In addition, caffeine may help to reduce the absorption of fat in the body, which can also contribute to weight loss.

One serving of coffee, made with approximately 40 grams of beans and 40 gallons of water, can provide a boost of energy and improve mood. However, it is important to note that caffeine can also have negative side effects if consumed in excess, such as jitters, increased heart rate, and difficulty sleeping.

Additionally, eating coffee beans alone are not a significant source of nutrients and should not be relied upon as a sole means of weight loss. A healthy diet and regular exercise are generally the most effective ways to achieve and maintain a healthy weight.

How many coffee beans can you eat safely?

The recommended daily intake of caffeine is 20-30 grams, or about 7-10 cups of coffee. This is approximately half the caffeine content of 8 ounces of coffee. However, it is important to note that the amount of caffeine that can be safely consumed may vary depending on the individual and their sensitivity to the substance.

Some people may be able to tolerate higher amounts of caffeine without experiencing negative side effects, while others may be more sensitive and need to limit their intake.

It is generally recommended to consume caffeine in moderation and to be aware of the potential negative side effects, such as jitters, increased heart rate, and difficulty sleeping.

It is also important to consider the other sources of caffeine in your diet, such as tea, chocolate, and certain medications, and to take them into account when determining your total daily intake.

Benefits and side effects of eating coffee beans

As with all things in life, eating coffee beans can have advantages and disadvantages. If you eat them covered in chocolate, the scenario may change also. Let me examine the benefits & disadvantages of eating roast coffee.

Some potential advantages of eating coffee beans include:

However, there are also some potential disadvantages to consider:

Overall, it is important to consider the potential advantages and disadvantages of eating coffee beans, and to consume them in moderation, especially if you are sensitive to caffeine.

Can you eat coffee beans you asked? Coffee beans are safe to eat in moderate amounts, but consuming them in excess may have negative side effects. Coffee beans contain antioxidants and caffeine, which may have various health benefits, such as boosting energy levels and potentially reducing the risk of certain diseases.

However, consuming too many coffee beans may cause unpleasant side effects, such as jitters, increased heart rate, and difficulty sleeping. Chocolate-covered coffee beans may also contain excess calories, sugar, and fat, which may not be beneficial for overall health if consumed in large amounts.

When eaten in moderation, coffee beans can be a safe and healthy way to get a caffeine fix. It is important to be mindful of the caffeine content of coffee beans and to consume them in moderation, especially if you are sensitive to caffeine or have any health conditions that may be affected by caffeine intake.