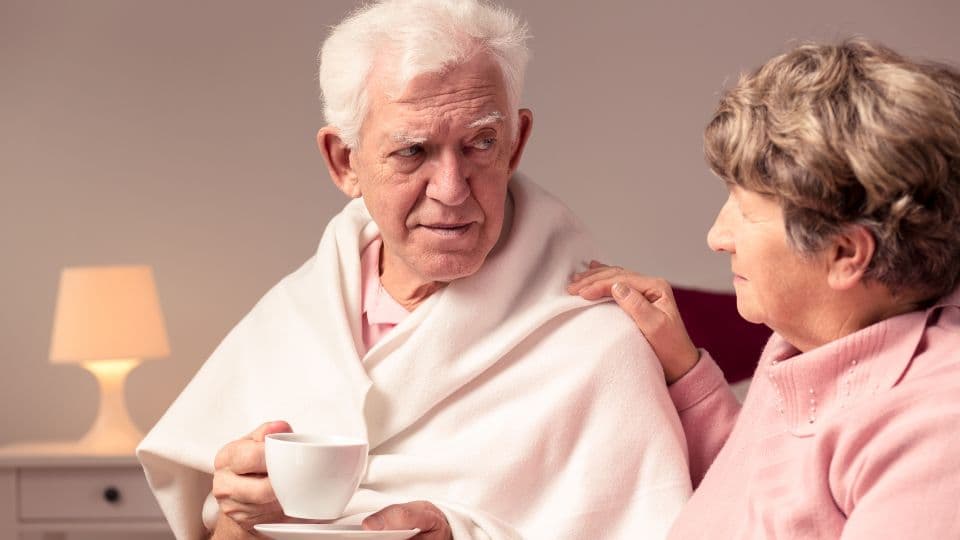 Research on “drinking coffee’s impact on Alzheimer’s disease” and other kinds of dementia has made headlines, much like the cardiovascular advantages of wine did a few years ago.

But how is the act of drinking coffee and Alzheimer’s disease connected in some way?

Like wine, there is a sweet spot between healthy amounts of coffee and levels that verge on abuse. But when it comes to Alzheimer’s disease, could it be that coffee is the solution we’ve been hunting for all along? Let’s investigate whether or not coffee and Alzheimer’s disease have a positive association.

What number of Adults drink coffee daily in Australia?

Coffee is one of the most widely consumed beverages in the world, with a large percentage of adults drink coffee daily. The Aussies are big fans of coffee, whether it’s in the form of a foamy cappuccino or a traditional espresso.

In fact, Australians are among the top 30 highest coffee consumption consumers in the world, drinking an average of 14 cups per week.

Keep reading for an in-depth look at some of the most important market data on coffee consumption in Australia.

Why drink Coffee and what should be a habitual coffee intake?

Caffeine combines with an unknown coffee component to enhance blood growth factor levels. The action of this growth factor can stop the progress of alzheimer’s disease in a way that scientists do not fully understand now. The data demonstrate that coffee does slow the progression of the disease, so don’t let the fact that the process has yet to be figured out discourage you from drinking it. It is only a matter of time before researchers understand the specifics of how everything operates.

It is well known that people with metabolic syndrome have a heart rate at rest that is typically higher than average. Numerous studies indicated that a high resting heart rate was related to an increased risk of death from any cause. At the same time, coffee consumption has an inverse association with metabolic syndrome. Consequently, if your habitual coffee intake is more, your resting heart rate may go down, reducing your risk of dying for any reason.

What should be our daily intake of coffee consumption?

Coffee consumption has more positive effects which outweigh its negative ones. Learn if your consumption levels are too high and take steps to reduce them.

According to Health direct most persons can consume up to 400 milligrammes (mg) of caffeine as daily intake of coffee consumption without experiencing negative effects. Four cups of brewed coffee or two energy drinks shots contains around that much caffeine. Always keep in mind that energy drinks, in particular, can have a large range in their total caffeine concentration.

There are a variety of ways for coffee preparation, each with its own set of advantages and disadvantages. The taste and texture of each brew are also unique.

In general terms, there are five distinct steps involved in brewing method:

Regardless of your preferred coffee preparation method of coffee, you should only use high-quality coffee.

Now let’s understand alzheimer’s disease and how coffee can reduce its risk.

What is alzheimer’s disease?

The reasons why some people get Alzheimer’s disease while others don’t are unknown, with the exception of the small number of people who have it in their families.

Some health and lifestyle factors that have been linked to an increased risk of developing Alzheimer’s disease are:

Who gets alzheimer’s disease?

The risk of developing Alzheimer’s disease increases with age, but anyone can get it. The likelihood of developing dementia risk is influenced by genetics, lifestyle, and health.

Some occurrences of Alzheimer’s disease can be traced back to a mutated gene in a family tree. These early-onset symptoms are characteristic of familial Alzheimer’s disease. This typically occurs in one’s 50s, however, it can happen earlier.

Are Cognitive disorders and Alzheimer’s the same?

Since cognitive disorders are a diagnostic criterion for Alzheimer’s disease and other illnesses connected to dementia, it is highly alarming for individuals who are experiencing symptoms of memory loss or other impairments to cognitive processing. The disorder is typically referred to a neurologist by primary care physicians, who may then refer the patient to a neuropsychiatrist for further evaluation and therapy.

So, what exactly is mild cognitive impairment and how is it associated with alzheimer’s?

Mild cognitive impairment, also known as MCI, is an early stage of memory loss or other cognitive skill loss (such as language or visual/spatial perception) in people who are still able to conduct most activities of daily living on their own autonomously.

The cognitive changes brought on by mild cognitive impairment are noticeable to the affected person and their loved ones, but they do not interfere with the person’s ability to do routine tasks.

How drinking Coffee or coffee components can lead to slower decline or delay the disease?

According to WHO Over 55 million people throughout the globe are living with dementia. Most cases of dementia are caused by Alzheimer’s disease, with some estimates putting the number of people affected by this disease at between 50 and 75 percent.

The researchers found that coffee components, such as cafestol, kahweol, and Eicosanoyl-5-hydroxytryptamide, have also been demonstrated to affect cognitive impairment in animals, and “crude caffeine,” a byproduct of decaffeinating coffee, has proved to be as beneficial in partially preventing memory damage in mice. Hence higher coffee intake reduces the risk of Alzheimer’s and facilitates brain health.

How drinking coffee or Higher baseline coffee consumption can help in a slower decline?

In a study, researchers found that Increased coffee intake at the outset was associated with reduced amyloid protein buildup during the subsequent 126 months. In this study, researchers could not find evidence that drinking coffee reduced brain volume. These findings provide more support for the hypothesis that doubling one’s coffee consumption per day has a protective effect against cognitive problems. Hence higher baseline coffee consumption(coffee intake) reduces the impact of dementia.

How Much Is Too Much when it comes to drinking coffee?

Adults who consume a reasonable amount of coffee daily have a better chance of delaying the onset of Alzheimer’s disease and other kinds of brain health issues, if not warding off the condition. According to several studies, the recommended amount of daily coffee drinking intake should be approximately three cups. Please keep in mind that this refers to ordinary coffee intake that contains caffeine. The recommended daily caffeine intake may differ depending on whether or not you drink specialty coffees.

How much drinking coffee is considered a higher coffee intake?

Consuming more than three cups of coffee intake on a daily basis will not result in an increase in the advantages that are derived from the beverage, and doing so may be bad for your health. Higher coffee intake might cause an inability to sleep, irritability, and even depression which will affect your brain health. Take care not to overdo it with the coffee; a moderate dose daily is ideal.

According to the “National Coffee Association” the decaffeinated coffee beverage is brewed from coffee beans that have had at least 97% of their caffeine removed.

Caffeine can be extracted from coffee beans in several methods. Many of them consist of water, chemical solvents, or carbon dioxide.

The caffeine is extracted from the coffee beans by washing them in the solvent, and then the solvent is discarded. Roasting and grinding the beans are followed by a decaffeination process. Besides the absence of caffeine, the nutritive benefits of decaf coffee ought to be nearly the same as that of regular coffee.

However, depending on the technique, the flavour and aroma may be tamed, and the colour may shift .

Those who are sensitive to the bitter flavour and aroma of coffee may find decaf a more agreeable alternative. The antioxidants present in decaffeinated coffee make it a potent weapon against damaging free radicals.

This lessens the risk of oxidative damage, which could lead to the avoidance of conditions such as cardiovascular disease, cancer, and diabetes type 2. Hence drinking coffee is beneficial no matter what type.

But drinking caffeinated or decaffeinated coffee both have slower cognitive decline. The results showed that higher coffee consumption led to a reduced rate of cognitive deterioration during the 10-year study period, particularly in the areas of executive ability and focus.

If there is a high incidence of Alzheimer’s disease or another form of dementia in your family, you might consider making coffee a regular part of your routine. Even if you limit yourself to only three cups of coffee every day, you can greatly lower the likelihood that you will acquire dementia when you get older. Always remember that three cups is the magic number; drinking more than four cups of coffee daily is likely to cause more harm than good.