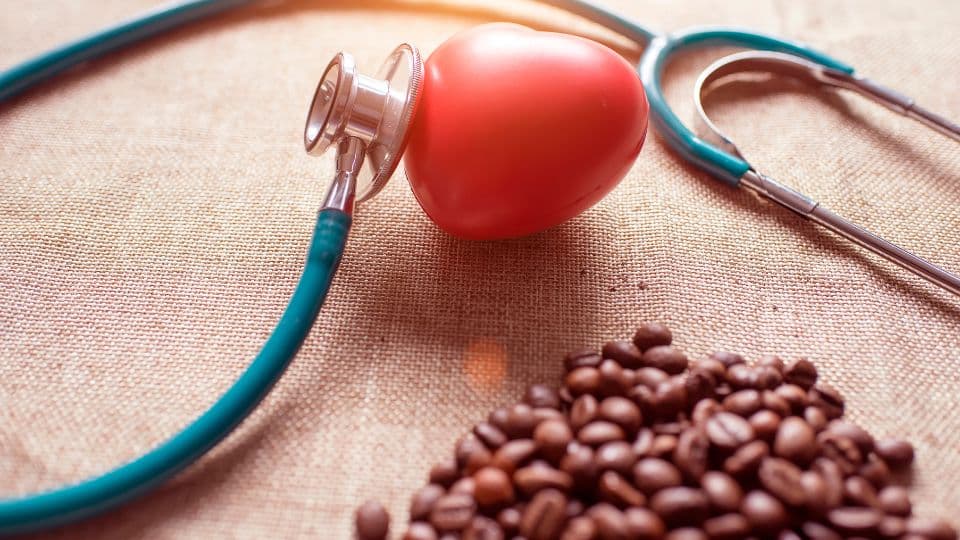 Despite its popularity, it has also been the subject of scrutiny and concern regarding how it affects the health of those who consume one or more cups daily. In the past, coffee has been accused of causing problems ranging from high blood pressure to diabetes. Fortunately for coffee lovers, more recent research has changed many views on this issue. Studies have shown that coffee beans can actually provide a number of positive health benefits.

The most recent studies indicate that drinking coffee could have some possible health benefits, which is good news for all of us confirmed coffee lovers. These benefits include a decrease in the risk of cancer, type 2 diabetes and strokes, as well as the management and prevention of asthma attacks, and there’s evidence of help for Alzheimer’s too.

Additionally, in previous scientific experiments, drinking coffee has been associated with a lower risk of death from cardiovascular and digestive diseases. It has been shown that long-term coffee consumption protects human DNA from damage.

Caffeinated coffee and, to a lesser degree, decaffeinated coffee consumption are associated with a nearly 50% reduction in liver cancer risk, even in patients with pre-existing liver disease. Furthermore, scientists affirm that the frequency of coffee drinking is inversely proportional to mortality from various types of cancer: colon, breast, liver, and various types of neck and head cancers.

The consumption of healthy foods, especially those rich in polyphenols, such as coffee, can reduce the incidence of cancer and degenerative diseases. Therefore, coffee can be considered as a biologically active chemoprotective additive.

As mentioned above, previous studies have found a similar relationship between coffee drinking and reduced risk of cancer, liver disease, Parkinson’s disease, Alzheimer’s disease, type 2 diabetes and several other diseases.

Coffee contains many antioxidants and phenolic compounds that play an important role in the prevention of various diseases. There is evidence that increasing coffee consumption in women over 65 years of age reduces the probability of developing dementia and other cognitive deficiencies.

Although studies do not show a direct causal relationship between coffee consumption and the reduction of morbidity and mortality and that the substances contained in coffee are a cure for all diseases, it is clear that coffee should be included in a healthy diet.

Is Coffee an Unhealthy Beverage?

Some believe that coffee is an unhealthy beverage. In fact, this drink can cause a number of adverse side effects in some people due to individual intolerance: insomnia, heartburn, frequent urination, increased nervousness, anxiety, etc.

The fact that coffee drinking is dangerous and increases cardiovascular disease risk is not true. This is not supported by research data. On the contrary, daily moderate coffee consumption protects against coronary heart disease.

In terms of health benefits, research provides strong evidence that drinking coffee reduces the risk of death and a number of diseases, in addition to improving tone and good mood.

What are the Benefits of Coffee Beans

Coffee beans also help reduce inflammation, which is associated with a number of health problems. In addition, caffeine provides benefits such as reducing headaches. Understanding these health benefits can help coffee drinkers appreciate more than just the taste of their next cup of coffee.

Regularly consuming caffeinated or decaffeinated coffee may help reduce your risk of type 2 diabetes. Multiple cups of coffee, up to six per day, are thought to be responsible for these lower rates. CGA, an antioxidant present in coffee beans, is considered to be a key factor. According to some studies, CGA may even help keep insulin levels stable.

Caffeine may also help prevent heart rhythm abnormalities or disorders. In addition, drinking a cup of coffee a day also a reduced risk of stroke.

Coffee beans contain caffeine which may help reduce the risk of men developing Parkinson’s disease. In some cases, the risk is reduced by as much as 25 percent. Women may also have a lower risk when they are not on hormone replacement therapy. Caffeine reduces the risks of Parkinson’s disease by preventing dopamine-producing nerve cells from dying.

Malignant melanomas are the most dangerous and potentially deadly form of skin cancer and one of the most common types of cancer in the United States. Studies have found that there is potentially up to a 20 per cent lower risk when a person drinks a minimum of four cups of coffee a day.

However, the type of coffee matters here, as the study showed that decaffeinated coffee was not as effective. Studies on non-melanoma cancer and coffee have shown that people are 17 percent less likely to develop the most common form of skin cancer, basal cell carcinoma if they drink two to three cups of coffee a day.

Lower risk of cancer in general

Although coffee was once believed to be potentially carcinogenic, more recent studies, have found that it may help reduce the risk of a variety of cancers, not just skin cancer. The risk of liver and prostate cancer may be reduced. For example, according to researchers, coffee drinkers were 40 to 50 percent less likely to develop liver cancer than people who did not. Other types of cancer that may be less likely when you drink coffee include oral, uterine, colon and rectal cancer.

A recent study by a renowned group of researchers discovered that people who drank six cups of coffee per day, at a minimum, were likely to live longer over 13 years. These statistics showed that this effect was notable among causes of death such as heart and respiratory diseases, stroke, diabetes and infections. The researchers also noted that the consumption of both regular and decaffeinated coffees had the same effect over the period.

Based on recent studies regarding the possible health benefits of drinking coffee and the relationship between drinking coffee and longevity, the current consensus is that drinking coffee on a regular basis is more beneficial than harmful. This news should add to your enjoyment and alleviate your guilt from indulging in your morning jolt of caffeine!