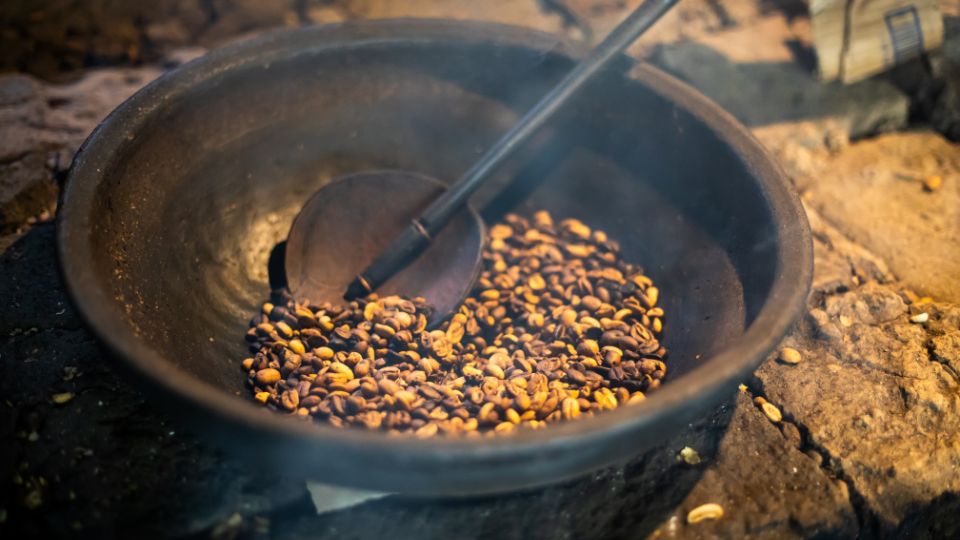 The Competition for Coffee Supremacy

We’ll explore the arguments for Indonesia – with a focus on the regions of Sumatra, Java and Bali – as the best coffee country in the world.

However, if you were to try and pull it together, Indonesian coffee (specifically the Arabica) tends to be low acidic and have a gentleness to it.

This can give it mild flavours and make for a calm drinking experience, and within the regions, my favourite is the Balinese coffees, even more so than the Sumatran.

Indonesia is one of the world’s largest producers of Robusta coffee. It has some typical usages as well as some less expected usages that really add to the speciality coffee market.

The first place that Robusta goes is to the local coffee market. Local consumption tends to lean towards instant coffee, and Robusta is used almost exclusively in Indonesia to create instant coffee.

Additionally, a lesser known usage for Robusta coffee is in espresso blends! It adds three elements to espresso blends that give them additional complexity.

These are just two of the uses for Indonesia’s Robusta coffee production – which makes up 90% of all coffee produced in Indonesia!

Indonesia Java has literally become a synonym for coffee

The Java region within Indonesia has been producing coffee beans since before 1700. The name has become synonymous with coffee all over the world. This gives Indonesia an awful lot of coffee credibility.

Interestingly, the Java region primarily produces Robusta coffee beans at this point in time. This is due to coffee leaf rust that destroyed much of the coffee crop on the island all the way back in the 1880s. Arabica trees were replaced with varieties that carried more disease resistance (Robusta, Liberica) but are unfortunately less desired.

There are still a few plantations that grow specialty-grade, Arabica coffee beans, and one use is to mix those with beans from Mocha to create Mocha Java blends.

Recently, the growing area of Arabica coffee in Bali has been estimated at 7,500 hectares.

The farming techniques in Indonesian coffee farms – specifically in the Kintamani highlands – are very uniform relative to other parts of the world.

They often take the manure produced onsite at their own farm – across multiple animals – and never use pesticides. It is a very organic process. Most Indonesian coffee beans, specifically Bali, are organically grown. Even if the producer doesn’t have the financial means to go through the certification process, there is often a chance it is still organic.

In this part of the world, there is also a heavy reliance on shade trees planted throughout the farms. Farms in Indonesia generally shade between 30% – 50% of the sun’s intensity to help increase the quality of the coffee cherries.

Is Indonesian Coffee the Best?

That is really for you to decide – as with most things coffee, it is a matter of preference. Indonesia certainly has some of the best coffee in the world, and I think that’s easy enough to see, but it isn’t a uniform, speciality coffee culture like Costa Rica. It is diverse in its production across the islands and yields many outcomes that go along with its rich history.